Parents today have it rough. From the start, they are expected to pick out the perfect name with the right meaning that falls in the right place on the name charts. You want an up and coming name that is on the rise instead of a super popular name that is going to be on the downhill slide. There are a lot of “I” names that have seemed to recently been jumping towards the top of the charts. You have got to check out these twelve choices of popular names that start with the letter “I.”

The name Ian is actually a Scottish form of the name John. John means “the grace or mercy of the Lord.” Ian is a name that has been very popular for a long time. It did seem to not be as popular for a while, but now it is slowly becoming more popular again.

Ike is a Hebrew name that means “he will laugh.” Ike is a name that you are either going to love or hate. It might not be the most popular choice now but it is definitely one of those choices that is becoming more popular each day.

The Scottish name Irving means “handsome.” There have been a long list of literary characters and writers who have shared this name. Irving is a strong name that is a throw back to times before so it is a name that you are going to enjoy.

Israel is a name that has seen a huge jump in popularity. It seems that people are really looking towards this Hebrew name that means “prince of God” or “may God reign” as something special. I feel like a lot of this is to smooth over current political conditions in a peaceful way that they can.

Ivan is a Russian name that is a form of John. Since I just told you, you probably remember that John means “the grace or mercy of the Lord.” This means that Ivan is a uniquely religious name. It is a great way to show your beliefs while choosing something that is much less obvious.

Today one of the most popular “I” names on the baby name charts for little boys is Isaac. This name means “laughing one” and is a Hebrew name. Isaac is a nice strong name that you can give your little boy.

Ida is an English name that means “prosperous.” It is unlikely that you have never heard the name Ida. I will go out on a limb and say that this is probably a name that you have not heard that often in recent years. However, it is definitely an old name that is making a big comeback and will soon be rising even higher on the charts.

The name Ilana is a uniquely beautiful take on a more classic name. This name means “sunshine” and is Hebrew. It is a name that you are going to fall in love with the more that you see it.

Imogene means “image” and is a Latin name. Imogene is another name that you have probably not heard in quite a few years. This new desire to find old names and bring them back is causing so many amazing old names to be rediscovered. I feel like Imogene was a forgotten name that is now going to be popular once again.

Ingrid is a Teutonic name that means “hero’s daughter” or “a meadow.” Ingrid is a name that I will assure you is only going to become more popular in the coming years. It is another one of those old names that is getting new light shed on it.

Isabel is a widely popular name and perhaps the highest name on the charts that starts with an “I.” This name means “consecrated to God” and comes from a Spanish origin. Isabel is a a name that is cute and so popular that there is no way that it is going to be unpopular anytime soon.

Ivy is a popular name that has been soaring to the top of name charts. This name means “ivy plant,” “a wine,” or “God is gracious.” It is a name that comes from Greek origin. 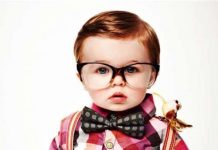